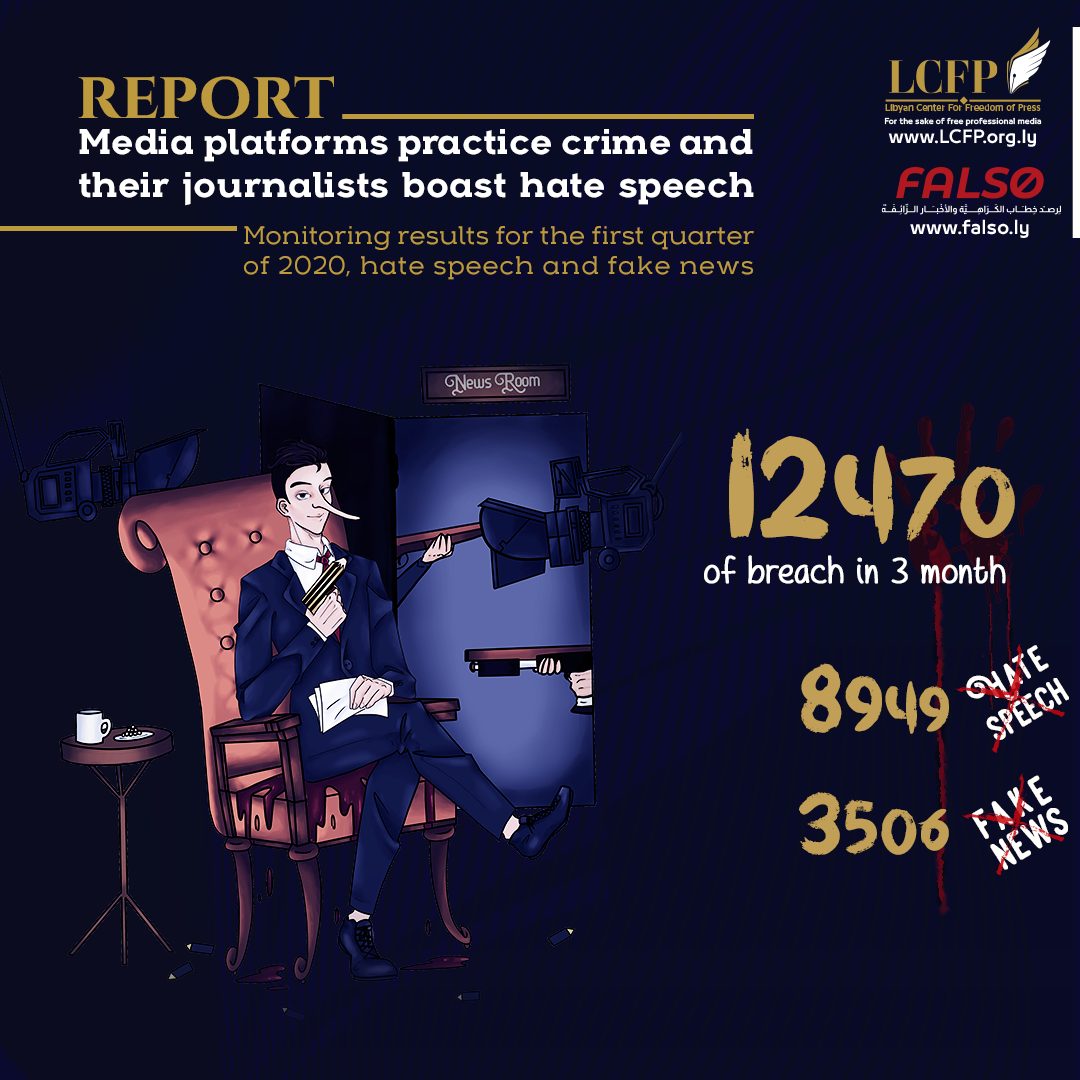 Aljamahiriya and Altanasuh are the top inciters of hate speech and the Libyan observatory tops in spreading fake and misleading news.

A new research study, the first of its kind, monitoring hate speech and fake news on social media, targeting 15 Libyan media outlets, gives new evidence of the extent of incitement to hatred and incitement to the practice of crime and violence, as well as misinformation, spreading rumors and accusations without evidence, and to give a clearer picture on the seriousness of the professional breaches committed by the editorial departments in the Libyan media.

The study was completed by monitoring the websites and Facebook pages of 15 media outlets during the period from January 1st to March 31, that is, three months in a row, and this is a pioneering national initiative and the first of its kind in analyzing the media contents of digital platforms.

A team of monitors documented 12470 professional breach in these 15 media outlets, the most practicing outlet of hate and spreading fake news was AlJamahiriya channel who committed a total of 1726 professional breaches  by 14%. The other is the Libyan newspaper, Al-Marsad, which is strongly aligned with the Operation Dignity camp, which is known for publishing lies and misleading news, with a number of 1,551 violations by 12.4%, while Al-Tanasuh satellite channel, close to the Dar al-Iftaa camp, led by the son of the Grand Mufti of Libya, Sheikh Al-Sadiq Al-Ghariani, committed 2632 violations by 11.5%.

Here, we note that the Tanasuh satellite channel is the same channel that ranked first in the 2017 study in broadcasting hate speech and media coverage of armed conflicts, at a rate of 41% at the time.  This institution is  deeply involved in spreading hate speech and the responsible personnel in the channel do not seem to have any intention to reform the editorial line of the channel.

In the classifications of hate speech and armed conflicts, incitement and insults topped and were documented at a rate of 66.14%, with a frequency of 5935, followed by inaccuracy and objectivity in covering armed and terrorist conflicts with a frequency of 1257, i.e. 14%, and then calling for violence and fighting, the number of repetitions reached about 1156, or 12.98%, and In the fake news rankings, accusations  without evidence topped, with the number of recurrences reaching 1871 at a rate of 52.29%, which is considered very high, followed by the fabrication of photos and videos with a number of 940 or 26.27%, and then misleading and biased news, the number of recurrences reached 351, at a rate of 9.81%.

We note that the producers of professional violations are topped by the editorial administration, the number of recurrences is about 6324 at a rate of 50.71%, and then representatives of the Government of National Accord amounted to about 1168 or 9.37%, followed by activists or political analysts, where the number of repetitions reached about 1040, or 8.34%, then the classifications of the targeted parties topped by  Representatives of General Haftar’s forces, as it was the most targeted party by the media, with a percentage of 28.68%, with a frequency of about 3576, and then representatives of the Government of National Accord forces, a frequency of about 3077, at a rate of 24.68%, according to the military escalation, which reflects a negative image on the media in using it as a means of fanning out the conflict, Followed by foreign civilians, about 2577, at a rate of 20.67%, among those targeted.

Here, it is imperative to focus seriously in forming a supreme national committee to study the conditions of the audiovisual media sector, with the aim of setting a national vision for reform and restructuring the sector, in a way that guarantees the independence of the media, away from the influence of political and tribal money that penetrates it, as well as the need to educate politicians,  Clerics, tribal leaders, and armed groups are as dangerous as their speeches that they issue to the public through various media platforms.

several international summits on Libya Warned that hate speech is being transmitted “like wildfire through social media to reach public speeches” in societies, and this threatens the values, “and social stability and peace itself. Addressing hate speech does not mean restricting or prohibiting freedom of expression.  It means preventing the escalation of hate speech so that it does not turn into something more dangerous, especially if it reaches the level of incitement to discrimination, aggression and violence, which is prohibited by international law.

We need to denounce, reject hate speech and stop it from expanding its echoes, and to counter it with the truth.  Governments, civil society, the private sector and the media all have important roles to play.  The political and religious leaderships also bear a special responsibility for encouraging peaceful coexistence.  Hate is a threat to everyone – and therefore fighting it must be an obligation on everyone.  Together, we can defeat hatred and preserve the values ​​that bind us together.

Conflict in LibyaFreedom of the press in LibyaMedia in Libya 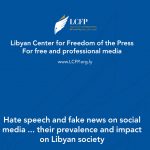 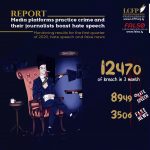